OFUPAC Urges Ohioans - Don’t Be Fooled by Political Games, Vote No on Issue 1

COLUMBUS - Ohio Families Unite for Political Action and Change urges Ohioans to vote “no” on State Issue 1, an inhumane, partisan ploy to enshrine cash bail into the Ohio Constitution and remove the Supreme Court of Ohio from the bail-setting process. This measure will be on the statewide General Election ballot this November.

This misguided effort began in the Ohio Legislature with two identical joint resolutions - HJR 2 and SJR 5. The measures sought to reverse the Supreme Court of Ohio decision in DuBose v. McGuffey, issued in January 2022, which underscored the longstanding constitutional principle that bail is excessive when it exceeds the amount necessary to guarantee the appearance of the accused person.

“Issue 1 is yet another example of big government extremists and bail bondsmen using dog-whistle rhetoric to curry political favor,” noted Emily Cole, Executive Director of OFUPAC. “The truth is we see this time and again here in Ohio – politicians willing to crush Black, Brown, and low-income communities in an attempt to appeal to the ugliest side of their base.”

Cash bail creates a two-tiered system of justice in which people who can afford their freedom go home to their families, and those who cannot are forced to suffer in jail. On any given day in Ohio, 12,000 people are held pretrial. This system costs taxpayers $266 million annually.

“Issue 1 is a baffling example of extreme government overreach,” shared Ms. Cole. “In what reality would politicians be more qualified to identify which factors should be included in setting the amount of bail than the Supreme Court of Ohio? The fact is, cash bail doesn’t make us safe. Issue 1 won’t make us safe. We make us safe by fully-resourcing our communities and making sure all of us have what we need for our families to thrive.” 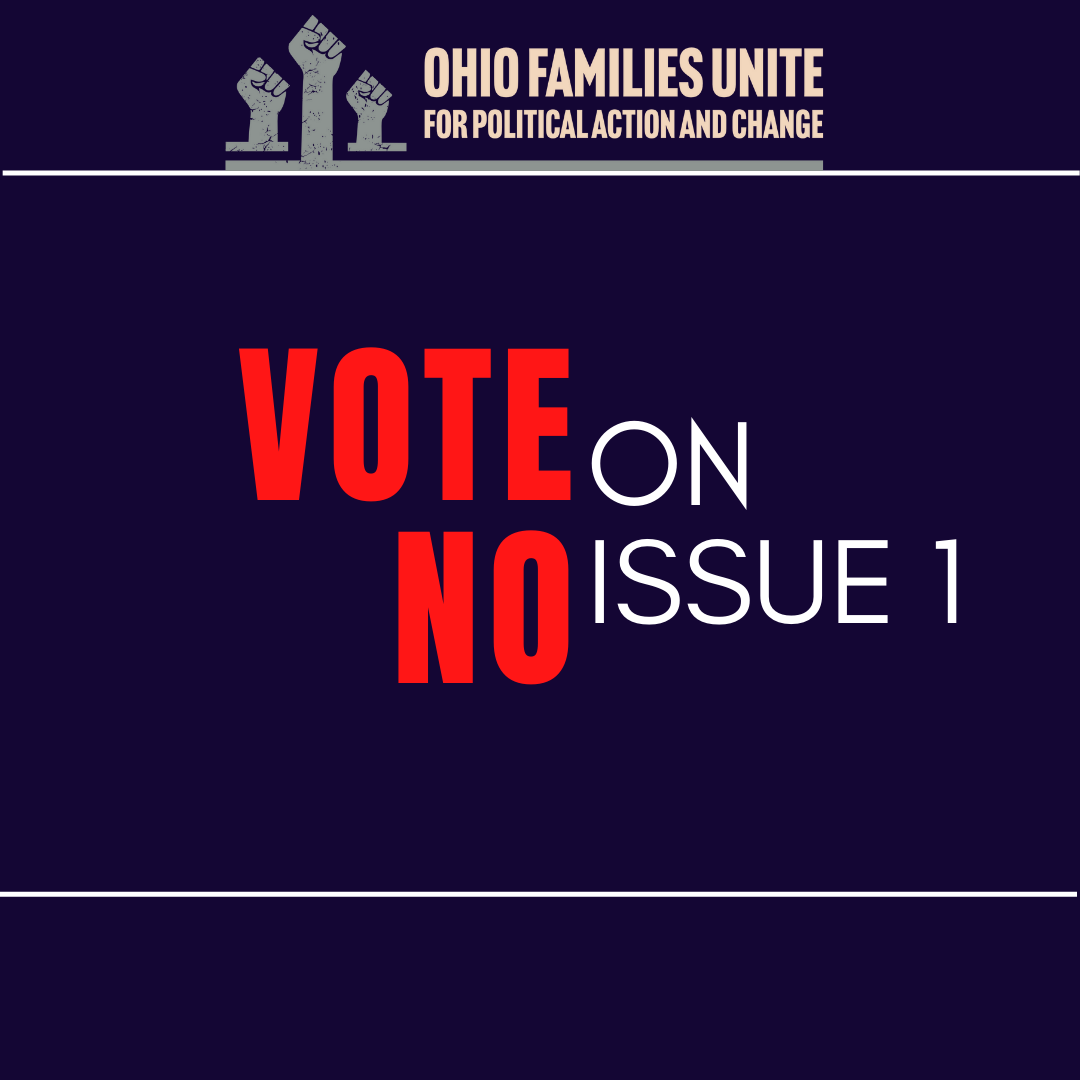 Join the Movement for Transformative Justice in Ohio!